Margaret has called Yellowknife home for more than 40 years, so do her two children, Chad and Amanda. It was 1979 when Margaret and her husband Jim, a medic with the Canadian Armed Forces, came North after living in British Columbia and Ontario. They saw a two-year job posting in Yellowknife and jumped on the opportunity to transfer. They never looked back. Jim loved the outdoors and living in Yellowknife – it was right in his backyard. He had a dream of owning and operating a lodge and Margaret shared in his passion for the place and vision; together they built Peterson’s Point Lake Lodge.

Their humble beginnings of a tent camp, focused on providing hunting and trophy lake trout fishing trips, evolved to what is today Canada’s premier barrenland lodge. You can pick from one of their three packages, pending your interests: world-class trophy lake trout fishing, awe-inspiring aurora viewing and autumn Arctic photography workshops or you can create your own customized trip.

Over the years Jim shared his knowledge and on-the-land skills with Peterson’s Point Lake Lodge family and team before his passing in 2008 (read more about the man and his legacy below).

Chad and Amanda would spend their summers learning the ins and outs of remote lodge operations and a family-run business. In 1997 Amanda joined the team full-time after she obtained a degree in Hospitality and Tourism Management at Ryerson University. She continues to work with Margaret in a wide range of duties relating to the management and operations of the company, including book keeping, planning, communications and marketing. Amanda loves to make guests feel at home – you’ll see her greeting guests on the beachfront upon their arrival and welcoming them to the lodge. She resides in Yellowknife with her partner John, and can be found riding her fat-tire bike in the winter and working on finishing her cabin.

Chad’s formal education and career as a licensed auto mechanic, sheet metal worker and aircraft maintenance engineer bodes well for the hands on aspects of the day-to-day lodge operations. His summers spent on the water and out on the land have provided incredible experience and know-how for days when he’s professionally guiding. He is a man of many talents, and when he’s not enjoying lodge life you can find him working at Canadian North Airlines. On his time off you can find Chad fishing, hunting and spending time with his partner, Dawn.

In 2009, the Peterson’s saw an business opportunity to offer year-around Yellowknife based guided tours, and launched, My Backyard Tours – a perfect match for their seasonal lodge operations. Their business has grown over the years in service, in enhancements and product offerings, while keeping true to their roots of staying focused on small groups.

Margaret, Chad and Amanda share a common joy – their love of this unique and beautiful part of the world and their desire to share it with others. They are currently busy working on the completion of their new deluxe guest cabin and the next phase of operations for the lodge. Margaret knows there’s something about the place and the people that gets into your soul. “Just ask our return guests, now friends” she says, “if you think it’s a trip of a lifetime you may just find that you’re making plans to come back again”. This is from someone who came for two years and stayed for a lifetime.

Better known as “Bossman!” Jim was born and raised in Northern Ontario where he developed a love for the outdoors at an early age. For 18 years, he worked as a paramedic with the Canadian Armed Forces. In 1979, Jim and his family were transferred to Yellowknife, where he fell in love with the North. He decided to leave the Forces and was honourably discharged in 1982.   During this time he started The ‘J’ Group Ltd. a company teaching government employees, nurses and the private sector wilderness survival training. In 1984, Jim began outfitting and started to build his lifelong dream of owning and operating a lodge, Peterson’s Point Lake Lodge.  Jim had a hands-on approach to managing the family business. During the fishing season most of his time was spent guiding. When he was not on the water he performed routine maintenance on lodge equipment, trained new staff and prepared specialty northern dishes in the kitchen.  A true leader, Jim was well known for his take charge reputation.  He served as President & Vice President of the Barrenground Caribou Outfitters Association and also served terms as President of the Northwest Territories Tourism Association.  In all of these roles, Jim was a tremendous ambassador for a strong and healthy tourism industry.  Jim was proud to be involved in the Yellowknife community, volunteering his time and sponsoring events.  He had an overwhelming generosity toward friends and family and even strangers.  His personal hospitality brought many guests back to the lodge time and time again.  With the philosophy that “people come as guests and leave as friends” he made friends over the years from around the globe.  It has been said that it’s not the years in your life but the life in your year that counts.  Jim packed a lot of life into his 64 years.

“Thank you so much for another great Peterson’s point Lake Lodge experience. While this is not my first trip I am still awestruck by the splendor of the area! You have done a fantastic job of keeping up the lodge and making it a truly great and memorable time! I look forward to coming back. It is a first class operation.” 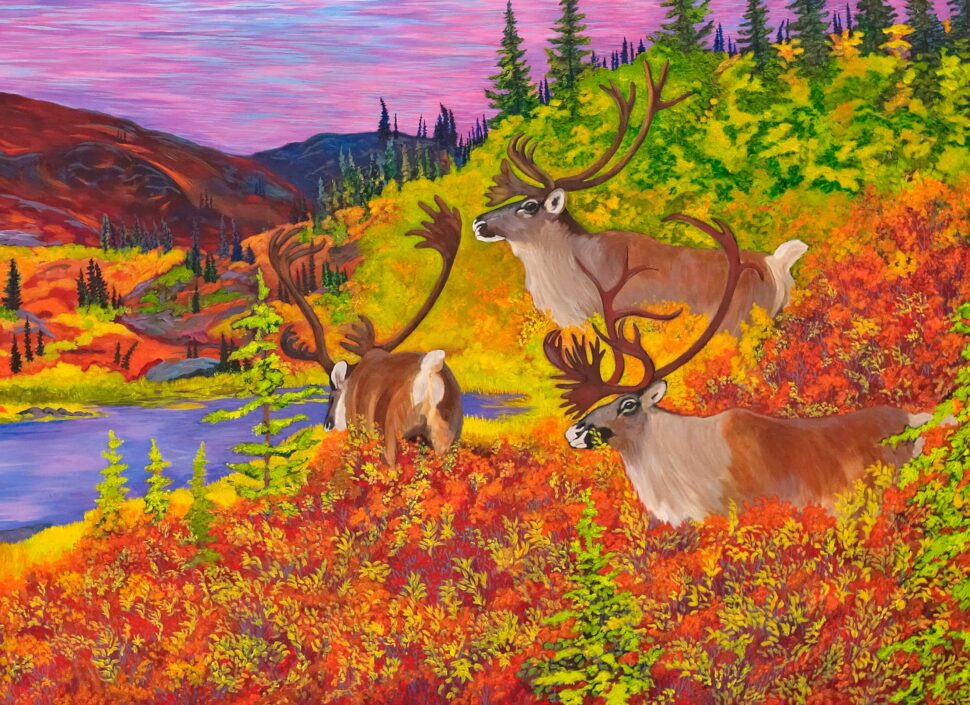